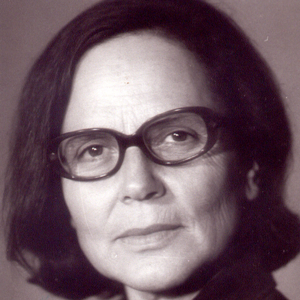 Binka Zhelyazkova (1923-2011) is the first female film director in the Bulgarian cinema and an emblem of Bulgarian women directors. She graduated film direction from the Higher State Theatre School in 1951. Even her first film Life Flows Quietly By... (1957.), realized jointly with her husband, collaborator and script writer Hristo Ganev, was indicative of her pronounced civic-mindedness and acute intolerance towards social conformism and hypocrisy. The film provoked an ideological scandal, was censored and was shown on screen 31 years later - in 1988. That fact was the reason for the long and forced breaks in the artistic biography of the "naughty girl of the Bulgarian cinema".

Her films We Were Young, The Tied Up Balloon (script by Jordan Raditchkov), The Last Word, The Swimming Pool, The Big Night Bathe, On the Roofs At Night, which are dedicated to man's moral anxiety, his ideals and their ruin, have been realized in an associative and highly emotional, metaphoric and expressive style are classic examples in the Bulgarian cinema and have been presented and awarded at the most prestigious national and international festivals - Cannes, Moscow, Montreal, Berlin, Brussels, Cartagena, Karlovy Vary.

Binka Zhelyazkova is holder of the award for women film directors "Femina" and founder and Chairman of KIWI - a charitable organization of Bulgarian women - filmmakers since 1987. She is one of the few women film directors to debut in world cinema in the 50s of the past century. Like her renowned colleagues Agnes Varda, Vera Chytilova , Margarethe von Trotta, Lina Wertmuller, Liliana Cavani, Kira Muratova, Larisa Shepitko and Lana Gogoberidze she has always been involved in socially conscious auteur cinema.

The film was selected at the Cannes film festival in 1974

In 2007, the National Film Center honored Binka Zhelyazkova and her husband Hristo Ganev with the Award for exceptional contribution to the Bulgarian cinema and culture.

In 2008, the Union of Bulgarian Film Makers awarded Binka Zhelyazkova with the Prize for overall contribution to the Bulgarian cinema.