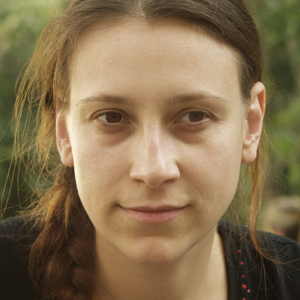 Kristina Grozeva was born on 01.26.1976 in Sofia. She graduated from Sofia University and started work as a TV journalist. In 2005 she completed the speciality of film and TV directing at the National Academy for Theatre and Film Arts in the class of Georgi Dyulgerov. Her short films have won several awards at international student film festivals. She is holder of the "Jameson" award for best Bulgarian short film for Family therapy at Sofia International Film Festival (SIFF), 2008. As from that short film to this very day she has been working in tandem with her husband, film director Peter Valchanov: "Parable of life" – documentary (2009), Emergency landing (2010 ), Jump (2012).

The Lesson (2014) is their debut feature film, of which Kristina Grozeva and Petar Valchanov are script writers and producers. The world premiere of the film was held at the Toronto Film Festival within the Contemporary World Cinema program. The awards won by the film at the festivals in San Sebastian, Warsaw, Tokyo, Thessaloniki, Angers and Gothenburg turned it into the most awarded film of the new Bulgarian cinema.