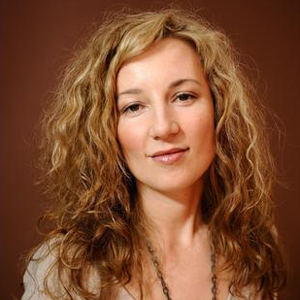 Kristina Nikolova was born in 1980 in Sofia to a family of cinematographers - Georgi Nikolov and Emilia Stoeva. She has been living in USA since she was 17 where she works as cinematographer and film director. Kristina has a BA in economics at the University of Chicago and an MA at the New York University Tisch School of the Arts. As cinematographer she has 20 short films, 3 feature films and 2 documentaries to her name. The most notable among them is Fate, starring Michael Paré in which she is assistant camera and assistant editor. She has also made four R&B music videos shot in Chicago. She is cameraman of the documentaries Death and All the Way Back (2005) and Modus Vivendi (2007) directed by Zornitsa Sophia. Her films have taken part in the festivals in Milan, San Francisco, Sarajevo, the Sundance Festival etc. Faith, love and whiskey (2012) is her directorial debut premiered at the prestigious Slamdance Film Festival in USA.