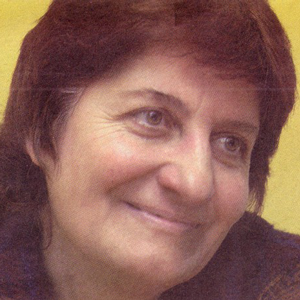 Malina Petrova was born in 1950 in Bourgas. In 1973 she graduated mathematics at St. Kliment Ohridski University, Sofia and in 1978 – film directing at the National Academy for Theatre and Film Arts “Krastyo Sarafov”. She was tutored by Georgi Dyulgerov and Hristo Hristov and was among the first graduates of what was then a new major – film directing. In 1979 she started work at Boyana Film Studio as assistant director; she was second director in Rangel Vulchanov’sThe unknown soldier’s patent leather shoes. Malina Petrova made her debut with the film Voyage (1980), co-directed with fellow student Iskra Yosifova. Her second film is Maria’s son (1983).

In 1984 she turned her attention to documentary cinema – she is the author of 13 documentaries, each one highly analytical, with a heightened sense of civic commitment and intolerance of any hypocrisy. Since 1990 she has worked as a freelancer.