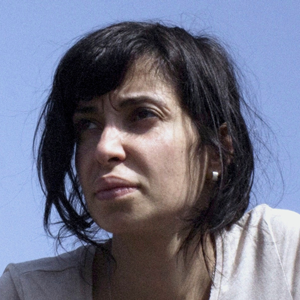 Ralitza Petrova was born on 23 January, 1976 in Bulgaria but has been living and working between Sofia, Paris and London. She graduated visual arts at the University of the Arts, London and then specialzied film directing at the British National Film and Television School. Her films have been highly successful at the festivals in Cannes, Berlin, Karlovy Vary, San Sebastian and others, as well as on a number of visual art platforms such as the Centre Pompidou in Paris. She is holder of the Prix UIP for best European short film at the Berlinale film festival for her film Rotten apple, receiving a nomination for the European Film Awards (EFA) in the same category. Her latest film By the Grace of God was officially selected for the Cannes Film Festival in 2009 and is distributed on DVD by the British Film Institute, Tate Gallery and the Institute of Contemporary Arts in London.

In 2013 Ralitza Petrova’s film project Godless was selected for the Creative England’s Elevator Programme 2013, Le Groupe Ouest 2013 and TorinoFilmLab’s FrameWork 2013, where it won a grand prix for production.

At the Sarajevo International film Festival in 2015 Godless received the Restart award for a project in pre-production.