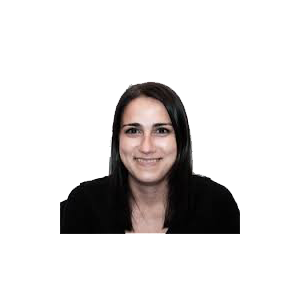 Rouzie Hassanova is a screenwriter and film director. She was born in 1980 in Kazanluk where she graduated the famous Nikola Obreshov high school of mathematics. She started writing and directing short plays for the annual high school graduation nights in her home town. In 1998 she moved to London in search of a career in filmmaking. There she graduated film and video at the London College of Communication, where her graduation film Glashedy earned her excellent grades. She then graduated a 6-month course on writing one’s own first feature screenplay at the Met Film School, under the prestigious programme “The Anatomy of Story: 22 Steps to Becoming a Master Storyteller” with John Truby.

Rouzie Hassanova has been working in the film industry for over ten years, to begin with as a free agent in different productions and then as manager of the digital film department at VTR post-production (now Prime Focus). She has also worked as manager of international film sales at the prestigious Hanway Films Agency. As assistant to CEO Tim Haslam in the course of six and a half years, Rouzie Hassanova gained a great deal of experience in independent filmmaking and film financing, gleaning information about the international market, distribution, marketing and most of all, how important a good screenplay is.

After leaving Hanway Films in 2011 she decided to broaden her professional horizons and joined the crew of the film Welcome to the Punch, as assistant to director Eran Creevy. She then worked as volunteer at the Olympics opening ceremony in London.

In 2013 she completed her short film Tree with no root, nominated for the Jameson Award at Sofia Film Fest. The film continued its presentation at festivals around the world.

In 2008 she made the award-winning short film Portrait and was screenwriter to several other short films.

In 2014 Rouzie Hassanova completed her short film Balloon, the experimental documentary Prayer and the musical Vicky – the musical; they are already traveling the world and being shown at film festivals.

She is currently working on her debut feature Gramophone which won the best pitch award at the Live! Ammo session (2009) organized by the Raindance International Film Academy and the British Women in Film and TV. The project which started out as a short film in 2009 was also nominated for the Robert Bosch Stiftung prize.

The prestigious ScripTeast programme invited the author to develop the idea into a feature-length project. She left for Poland to take part in one-week brainstorming sessions, followed by more sessions at the festivals in Berlin and Cannes in 2010.

In 2012 the project received the support of the MEDIA programme for screenplay development which enabled her to work with renowned script consultant Licia Eminenti.

In 2013 the project was selected by EAVE with producer Gergana Stankova. For this session Rouzie worked with historian and minorities expert Antonina Zhelyazkova so as to be able to render this universal subject with historical accuracy.

Taken part in festivals in Bulgaria, Hungary, Germany and USA

Taken part in festivals in Bulgaria, Germany, Ireland and USA

Diploma from the London College of Communication 2001