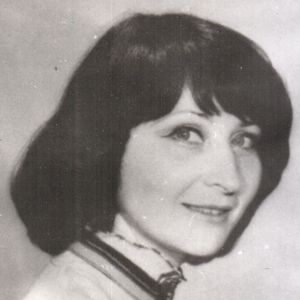 Vesselina Gerinska was born in Sofia in 1938. She completed the specialty of "Documentary film" at VGIK, the Russian State Institute of Cinematography in Moscow under Prof. A.M. Zguridi. She worked as a primary school teacher and film director at the Studio for popular and science films “Vreme”, and since 1974 - in the Feature Films Studio Boyana. Her more than 50 popular science and documentary films have been awarded at national and international film festivals. As far as feature films are concerned, she has realized two films: Guilt – an acute socially conscious drama with actors Tsvetana Maneva, Katya Paskaleva and Stefan Danailov and a children’s film Breathe, man.

The International Film Festival "Week of the folklore film", Brussels, 1963