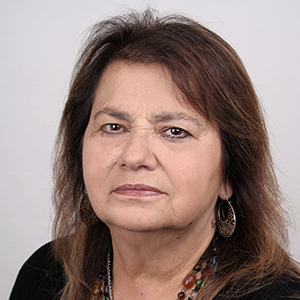 Anna Petkova was born in 1944. She was among the first graduates in Film and TV Directing at the Krastyo Sarafov National Academy for Theatre and Film Arts in the class of Professor Hristo Hristov. She later lectured at the Academy. She has worked as film director at Ekran TV Film Studio (1978-1992).

Anna Petkova has worked freelance since 1992. She hosted Bulgarian National TV’s series Golden Years for which she made over 40 documentaries. Her feature film debut How Long I Waited for You earned her national and international awards but she then turned her attention entirely to documentary filmmaking with socially conscious films that made their mark at national and international festivals. Her film about the communist camps Charge from the dilogy The Sentence (Guilt and Charge) was awarded the Special Prize of the Jury at the Karlovy Vary International Film Festival.

Selected for the contest programmes of more than fifteen international film festivals, among them Valladolid, Milan, Amsterdam, Prague, Toronto.