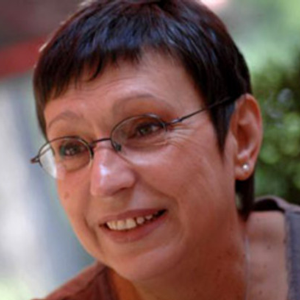 Iglika Triffonova was born on 17 February, 1957 in Sofia. In 1982 she graduated Film and TV Directing at the Krastyo Sarafov National Academy for Theatre and Film Arts and started her career as director of documentaries. In this period she directed the films In the year of our Lord (1990) - first prize at the Prix Futura Festival in Berlin, Possible distances (1992) - award at the International Documentary Film Festival in Moldova, Tales of murder (1994) - Golden Rose Grand Prix at the Bulgarian Feature Film Festival (1994)- this film also took part in the festivals in Mannheim, Germany, Marseilles, Saint Petersburg, where it was included in the panorama of the top 10 documentaries of the year, Portrait of an actress (1994), On the road (1995). At the same time Iglika Triffonova worked as assistant to Georgi Dyulgerov and Rangel Vulchanov.

In 2001 she made her feature debut as director and screenwriter of the film Letter to America. The film received the Special Prize at the Golden Rose Bulgarian Feature Film Festival after the jury decided not to bestow a grand prix. The three central roles are played by the then young actors Philip Avramov, Petar Antonov and Ana Papadopulu. The music was composed expressly for the movie by Milcho Leviev. Letter to America is the Bulgarian nomination for best foreign language film at the 73rd Academy Awards.

In 2003 she staged, at the Theatre of Satire, the play Fans written by Elin Rahnev especially for her husband, actor Hristo Gurbov and for Valentin Tanev

Her second feature film Investigation, was awarded the special jury prize at the Golden Rose Bulgarian Feature Film Festival in Varna, 2006, the critics’ prize, the best actor award to Krassimir Dokov, the cinematography award to Rali Ralchev and ten more awards in this country and abroad. Her latest film is The prosecutor, the defender, the father and his son.

The prosecutor, the defender, the father and his son (2016)

Participation in the festivals in Mannheim, Germany, Marseilles, Saint Petersburg