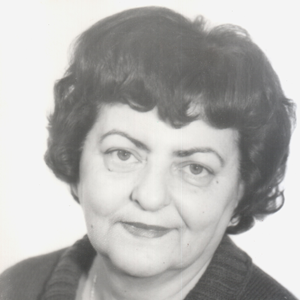 Lilyana Pencheva (1921-1987) graduated theatre directing at the Krastyo Sarafov National Academy for Theatre and Film Arts in 1952 and then spent many years working for theatre and television. She directed the feature films for television Aeroplanes (1973), The gentle woman (1974) and The black stork (1978).

She has always had an interest in children’s films. She directed Equation with many unknown quantities (1977),The fatal comma (1979), For the sake of a C…?! (1983) and The dog and the couple in love (1986), addressed primarily to a young audience, films about life at school, about the problems children and teenagers encounter, about the first pangs of love. As director, Lyliana Pencheva has a preference for a documentary-like style, expertly unfolding the story and unobtrusively leading up to the gist of the film.

Here is what she says about her work: “ In my films I use actors who are not “big names”. I find it challenging to overcome difficulties together with young actors and to discover in them what I need to convey the message of the film.”

Equation with many unknown quantities (1977)