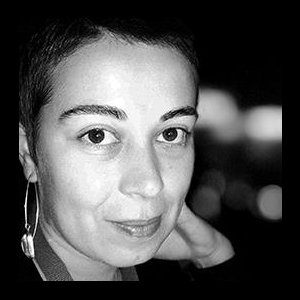 Maya Vitkova was born in Sofia in 1978. In 2001 she obtained a Master’s degree in directing at the Krastyo Sarafov National Academy for Theatre and Film Arts. Until 2006 she was assistant director and casting director for more than 20 film and TV productions, among them Michael Palin’s New Europe: Eastern Delight (2007). In 2008 Maya Vitkova was executive producer of Kamen Kalev’s independent production Eastern plays, which has over 10 awards at festivals in Tokyo, Bratislava, Warsaw and Sofia. Together with Svetoslav Draganov, in 2006 Maya Vitkova directed a 27-minute documentary Mothers and daughters (2006), which was presented at the 10th Sofia International Film Festival and received the Kodak award.

At the beginning of 2009 the director Maya Vitkova who is also screenplay writer and producer, founded the independent company Viktoria Films.

Maya Vitkova made her standalone debut in short films with Stanka goes home (2010), premiered at the critics’ week of the 49th Cannes International Film Festival. The script for the film was written by renowned Romanian director Radu Jude, with Krum Rodriguez as cameraman. The film has won awards in Spain, Switzerland and Greece. Over the very first year after it was made, Stanka goes home took part in upwards of 80 festivals, it was screened at different cinemas in Germany and its TV broadcasting rights were bought. In 2011 Maya Vitkova directed My tired father, whose world premiere was at the 17th Toronto International Film Festival, Canada.

Maya Vitkova made her full-length feature film debut with the Bulgaria-Romania co-production Viktoria (2014), premiered at the Sundance Independent Film Festival, USA. It is the first feature-length Bulgarian film selected for the festival.

Selected during critics’ week, Cannes International Film Festival, 2011; awards at international festivals in Sarajevo and Athens, Spain, Egypt, Switzerland, Greece etc. The film has taken part in more than 80 festivals, has been screened at different cinemas in Germany, its TV broadcasting rights have been bought.

Selected for the competition programme of the Sundance Independent Film Festival, USA and the international festivals in Rotterdam, Gothenburg, Berlin and Washington.