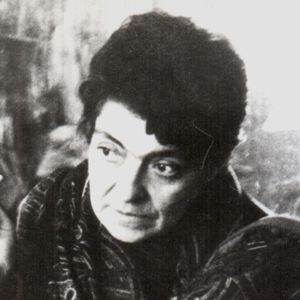 Rumyana Petkova was born in Elhovo on the 8th of October, 1948. She graduated film directing with Prof. Dolin at the Russian State University of Cinematography (VGIK), Moscow in 1973. From 1973 until 1976 she worked as assistant director at Boyana Film Studios on the feature films Tree without roots (1974) directed by Hristo Hristov and Sunstroke (1977) directed by Hristo Piskov and Irina Aktasheva. She was second director to Maybe a frigate (1980) directed by Petar Kaishev. She has worked as director at the Bulgarian National TV (1977 - 1978) and has one TV play Affair (1992).

Rumyana Petkova made her debut as director with the film Reflections (1982). She found she shared the same professional ideas with scriptwriter Nevelina Popova and D.O.P. Svetlana Ganeva, so she worked with the two on her second film Coming down to Earth (1987).

In 1993 she started lecturing at the Neofit Rilski South-West University in Blagoevgrad. She has been deputy chair of the organization Women In Film & Television International (WIFTI) for Bulgaria.

Her four-episode feature film Burn, burn little flame with scriptwriter Malina Tomova tells the story of the Muslim people in a small village in the Rhodope Mountain, starting in the 1960s and reaching up to the forcible change of their non-Bulgarian names in 1984. The film received the critics’ award at the Golden Rose Feature Film Festival in Varna, 1994, raising a controversy and causing public debate.

Talking with birds (1996) opens the door to a fairytale world for a city child who discovers the simple and natural things and people living in harmony with nature. The film received the Jury Grand Prix and three other awards at the Children’s World International Film Festival in Varna in 1997, the Liv Ullman Prize at the Chicago International Film Festival in 1998; artist Anastas Yanakiev was awarded the scenography prize of the Union of Bulgarian Filmmakers.

The other possible life of ours (2004) is a film about love, about (im)possible love. The film received the Best Producer Award at the Golden Rose Feature Film Festival in Varna, 2004.