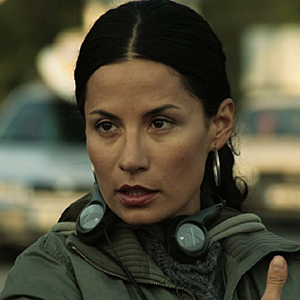 Zornitsa Sophia was born in Sofia on 27 July, 1972 under the name of Zornitsa Nedyalkova Popgancheva. She graduated painting with Prof. Andrei Daniel at the National Academy of Art in Sofia. She then specialized at the School of Visual Arts, New York and the American University, Washington DC. She took part in over 50 visual arts festivals and exhibitions around the world with video art, installations, performances and paintings, before deciding to switch over to filmmaking. In 1996 -1997 Zornitsa Sophia organized the restoration of the chapel at the Sofia central prison which she carried through together with colleagues and inmates. Before turning to filmmaking, she was art director of international advertising agencies in the course of four years. She specialized film directing at the National Academy for Theatre and Film Arts “Krastyo Sarafov” with Academician Lyudmil Staykov.

Her first film Mila from Mars (2004) was declared“the dreamed beginning of Bulgarian independent feature moviemaking”. Variety magazine wrote that “the film marks the bow of a director to watch.” The Mannheim-Heidelberg International Film Festival dubbed it “wild young cinema”.

2009 saw the premiere of her second feature film Forecast with the support of the MEDIA programme andNu Boyana Film Studios. She has directed episodes of five TV series: Tree of life (season 1 and 2),The Mitrani firm, Where is Maggie, House arrest and Sex, Lies and TV.

She is currently working on the film project Voevoda, in which she also stars in the leading role.